Star Bangladesh all-rounder Shakib Al Hasan has become the leading wickettaker in T20I cricket. Shakib leapfrogged Sri Lanka veteran Lasith Malinga to go up the table. The southpaw now has 108 wickets to his tally, one more than Malinga’s 107.

Shakib picked up the wickets of Richie Berrington and Michael Leask in Bangladesh’s T20 International Cup game against Scotland. The spinner bowled a spell of 2-17 to help Bangladesh restrict Scotland for 140-9.

Unfortunately for Bangladesh, Shakib’s sensational spell could not help Bangladesh end up winning the match. The bowlers did help their team to restrict Scotland to a below-par score but the batting was once again at fault as Bangladesh could only manage 134-7 in 20 overs to lose the match by 6 runs. Only the top two teams from the group qualify for the next round thus Bangladesh need to win the upcoming two games to stand a chance. 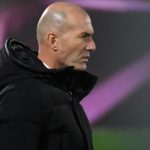 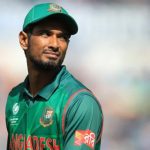