According to the most recent report, Rahul’s request for a leave of absence has been granted by the Indian Cricket Board. According to reports, the couple intends to get married during the first week of January.

Although Rahul has not yet given the media an explanation for his leave, Indian cricket team supporters have a good idea of the cause. The couple, who have been dating for more than three years, wants to take their relationship further.

The cricketer has already been chosen for India’s squad for the upcoming tour of Bangladesh, despite the couple having previously stated their intention to wed in December 2022. Suniel Shetty, a seasoned actor and Athiya’s father, recently revealed that the couple is looking for upcoming dates and that a wedding will happen soon. Suniel Shetty claims that he is thinking about the potential dates. The specifics of both schedules are being worked out. The time and location should be known shortly.

In the meantime, the 30-year-old opener struggled to make much of an impact in the recently concluded 20-20 World Cup 2022 with only 128 runs from six innings and a strike rate of 120.75. Although he managed to score two fifties, his defensive starting batting style has received a lot of criticism.

I have no problem with him taking leave, worried hw aftr his leave he will walk straight into team, no matter how bad his form is, im fan of Rahul, nd im sure in bilaterial series he will blow team away, bt its the big game whn he goes missing,Slectors got to keep him on his toes https://t.co/qatKtOvcnt

How this kinda personal reason getting leaked on news channels @BCCI should take immediate action on those who are leaking information regarding player's personal life https://t.co/H7YdgVZtLL 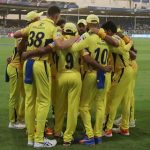