After much success in the first edition, the second season of Lanka Premier League (LPL) promised a lot, with bigger and better entertainment value to fans and spectators. But alas, it is not to be, as the much-awaited second edition of LPL is postponed due to the unavailability of foreign players. Earlier, an announcement had come that the league will be staged from July 30, but for now, it’s postponed indefinitely.

An official announcement for the same will soon be made by the Sri Lanka Cricket (SLC). This news doesn’t augur well for the domestic players who were waiting to impress the selectors during the LPL. With the ICC T20 World Cup 2021 due in four months, the local players were hoping to cash in on the opportunity.

But for now, the players have to wait, as the majority of players from various top countries like West Indies, England, Pakistan, and Bangladesh are unavailable. “It is unfortunate that the tournament will have to be postponed. Be it Bangladesh, the West Indies, Pakistan, or England players – none of them are available at this stage. Right now the new dates for the league are undecided, SLC will check the feasibility in the next few weeks,” as told to InsideSport. 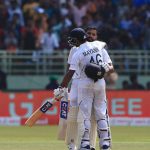 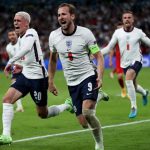