Zimbabwe Test skipper Sean Williams is mulling over taking an indefinite break from International cricket after the team’s series against Ireland. As per a report in Cricinfo, Williams had requested the Zimbabwe Cricket (ZC) to not consider him for the five-match T20I series against Ireland. Williams though will be available for the 50-over games that will follow the T20Is.

The report further states that Williams cited bio-bubble fatigue as the reason for his decision to step away from international cricket. The southpaw had also pulled out of the T20I series against Bangladesh after requesting a mental-health break. He arrived in Ireland on August 25 and informed the management about his future plans.

Williams was also upset by the fact that ZC didn’t give him the limited-overs captaincy on the tours, and the poor performance of the team under Lalchand Rajput, where the team has won just four ODIs, all against UAE, in the last three years.

Having made his debut in 2005, Williams established himself as one of the best cricketers for Zimbabwe. The all-rounder has played 14 Tests, 136 ODIs and 47 T20Is, scoring 1034 runs at an average of 41.36, with four half-centuries and three hundreds, 3958 runs at an average of 35, including four hundred and 32 fifties, and 945 runs, with six fifties respectively. The Ireland – Zimbabwe T20I series gets underway tomorrow, August 27 in Dublin. 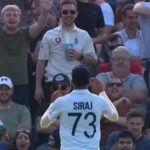 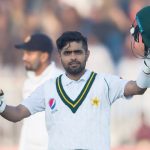