In a warm-up game between India and South Africa during the Women’s World Cup, a blunder from the cricket’s governing body created confusion. The scorecard of the match was changed multiple times which created confusion regarding the winner of the game.

In the first innings, Smriti Mandhana was taken off the field after being hit on the head by a bouncer. Mandhana’s opening partner, Yastika Bhatia, took over from there. She stabilized the innings after two more wickets fell in quick succession, scoring 58 runs in 78 balls.

Harmanpreet Kaur, who batted alongside her, also played an important part in the innings. The two put together an 84-run partnership in 94 balls. Harmanpreet continued to collect runs after Bhatia was dismissed by Sune Luus. Kaur smashed nine fours and scored 103 runs.

Despite an effort from Opener Laura Walvaardt and captain Sune Luus, India won the match by two runs. Walvaardt scored 75 and Luus went on to score 94 runs. However, Rajeshwari Gaikwad won India the match with a four-wicket haul. 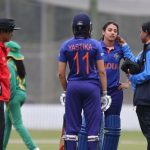 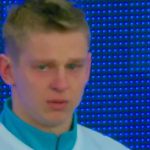