Indian boxers Satish Kumar(91kg) and Ashish Kumar(75kg) have progressed to the semi finals of the 35th Boxam International Tournament in Castellon, Spain. Also, Sumit Sangwan (81KG) fixed a berth in the top four after an impressive 4-1 in over Mohor El Ziad of Belgium. Satish, the first super heavyweight from India to qualify for the Olympics, thrashed Givskov Nielsen of Denmark 5-0 while Ashish, on the other hand, picked up an easy 4-1 win over Italy’s Remo Salvatti.

As many as 6 men and four women from India have reached the semi finals of the tournament. Earlier, on Thursday, Mohammed Hussamuddin(57Kg), Manish Kaushik (63Kg) and Vikas Krishan (69kg) advanced to the semi finals.

However, top ranked Amit Panghal (K2 kg) crashed out of the tournament after a tough loss to European Games gold medalist Gabriel Escobar.

Talking about the women boxes, 6 time world champion Mary Kom(51Kg), Asian Champion Pooja Rani (75Kg), Simranjit Kaur (60Kg) and newbie Jasmine (5Kg) also made it to the semi finals. Boxers from as many as 17 countries including Russia, USA, Italy, Kazakhstan are participating in the tournament. 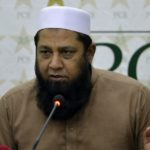 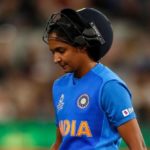