As per the original schedule, the Pakistan Super League was set to commence today. However, as things stand, the tournament is unlikely to start before the second week of June. As many as 13 members of the contingent are yet to arrive in Abu Dhabi. Meanwhile, it is being reported that out of these thirteen, six members, namely Sarfaraz Ahmed, Zeeshan Ashraf, Zaid Alam and three officials will be landing in Abu Dhabi by tonight. The other seven members are still awaiting the approvals.

Earlier, PCB had planned to send their leftover players and officials via chartered flights but since the visas were issues separately, the players had to take commercial flights to UAE.

Once all the players and officials have landed in Abu Dhabi, PCB will be in a better position to announce the schedule. It must be noted that all the remaining members have to serve a mandatory quarantine period as well thus PSL is unlikely to resume from June 5, which was reported as the official date of resumption by many media outlets. According to a report in the Dawn, PSL could start from June 9 or 10. However, that will leave Pakistan Cricket Board with just under two weeks to complete the remaining 20 matches of the tournament which is a massive ask.

PCB Director Commercial and HBL PSL 6 head Babar Hamid said in a press release: “We regret the inconvenience that has been caused to some players and officials, but these have been due to unforeseen circumstances and unexpected challenges.

“The PCB is working closely with the Abu Dhabi Sports Council and the Emirates Cricket Board and trying its best to get all participants in Abu Dhabi in time so that we can hold the remaining tournament.” 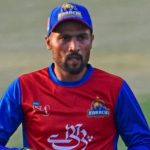 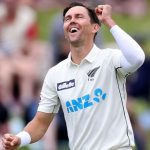