Former Pakistan off-spinner Saqlain Mushtaq has turned down PCB’s offer of being a full-time head coach. He was appointed as interim head coach of the team in September after Misbah-ul-Haq and Waqar Younis stepped down from their roles as head and bowling coach respectively, after the conclusion of the West Indies tour.

Mushtaq did a fabulous job as the interim head coach of Pakistan and helped the team reach the semifinal of the 20-20 World Cup. The PCB had asked Mushtaq to take up full-time coaching considering the success he had in a short time as interim coach. However, he has turned down the offer and won’t be continuing with the post. At the time of his appointment, the former Pakistan off-spinner was also working as the coach at the High-Performance Center in Lahore.

It is understood that Mushtaq would continue to be the coach at the High-Performance centre. Mushtaq conveyed the message to PCB Chief Ramiz Raja during a recent meeting. “Saqlain told the chairman that while he was happy to have contributed as interim head coach he wouldn’t be able to accept a long-term and permanent assignment as head coach as he had prior business and personal commitments,” a source said as quoted by The Indian Express.

“Saqlain conveyed that already his business has been affected due to his absence with the Pakistan team as interim head coach,” the source added.

During a recent meeting with Raja, Mushtaq and Pakistan skipper Babar Azam also expressed their desire to have foreign coaches with the team. The PCB chief had roped in Matthew Hayden and Vernon Philander as the batting and bowling consultants respectively for the 20-20 World Cup. The team did a good job under the duo and managed to play as a unit. 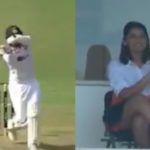 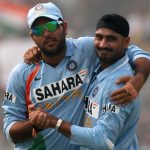