Ahead of the 14th edition of the Indian Premier League, the Royal Challenger Bangalore has appointed Sanjay Bangar as the new batting consultant. Bangar who brings tons of coaching experience behind him will join an illustrious coaching staff that consists of Simon Katich as the head coach and Sridharan Sriram as batting and spin bowling coach.

“We are delighted to welcome Sanjay Bangar to the RCB Family as a batting consultant for IPL2021! Welcome aboard, Coach!” RCB posted on Twitter.

As a batting consultant, Bangar will have the responsibility of grooming the youngster like Devdutt Padikkal and Washinton Sundar. He’ll also be working with two of the greatest batsmen of the modern era, Virat Kohli and AB de Villiers. 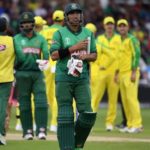