Nepal leg-spinner Sandeep Lamichhane has been ruled out of the inaugural edition of The Hundred due to visa issues. For the same reason, he was not able to play in the T20 Blast this season. Moreover, the cricketer had almost completed his 10-day mandatory quarantine period in London and was all set to feature for the Oval Invincibles in the tournament.

But the ECB told him a couple of days ago that his visa is not valid and will have to leave the country soon. The fuming Lamichhane has asked for clear answers from the board. “When I applied for the Tier 5 visa, I was told that one Certificate of Sponsorship [COS] would be enough for my gig at Vitality Blast and the Hundred.

“Due to COVID-19 situation, there was a delay in my visa and Worcestershire pulled out but it was again communicated to me by officials that as long as I come into the UK before July 10, I would be okay as my COS was still active,” Lamichhane said according to ESPNCricinfo.

Lamichhane is irked by the fact that no one from the ECB responded to his queries properly and deserves to know what went wrong in this aspect. “I came in the UK by July 9, had no issues whatsoever at the immigration and moved into the government managed quarantine facility to complete my quarantine.

“On July 18, two days before my quarantine completion, I was told by ECB that may visa is not valid and I have to leave the country ASAP. I have been asking what went wrong but apparently no-one at the ECB have the correct answer. I can totally understand that things can go south at any time, however I at least deserve a clear answer on why my valid visa is not valid anymore,” he added.

Meanwhile, Tabraiz Shamsi has replaced Lamichhane in the Oval squad for the tournament. The chinaman bowler is currently in Ireland playing in the three-match T20I series which will end on July 25. 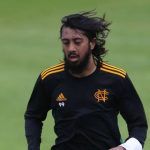 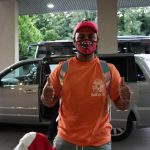