Virat Kohli, the Indian veteran, scored his 71st international century after a long wait of nearly three years. The batter bagged his century in the Super 4 match of the Asia Cup 2022 against Afghanistan. The legendary batter amassed 122 off 61 deliveries in the match against Afghanistan.

Fans from around the world have been praising the star player for his valiant innings. That includes players from the cricket fraternity as well. Pakistan player Imad Wasim praised the athlete and called him a goat. “The best player on the planet is back @imVkohli #GOAT,” he tweeted. This tweet received a lot of backlash from Pakistani fans.

The best player on the planet is back @imVkohli #GOAT𓃵

People around the world went crazy as the wait was long. Almost in every inning that he stepped out, people hoped that he would score his 71st century. But the wait continued and continued that fans at one point lost hope and instead started expecting to stay in the crease alone.

The Indian cricket board removed him from captaincy and the performances became worse from bad. With not much to do with the bat, the star took a break from cricket. Post his break, the batter returned to the squad for the Asia Cup 2022.

Although Kohli might not play in the finals, the match against Afghanistan will be enough for his fans. The entire cricketing fraternity has lauded him for his run in the Asia Cup 2022. A century might give him confidence and he spoke about the same after the first innings.

“It [the century] was worth 1000 words, I am blessed and grateful right now – the last 2 and half years have taught me a lot – this November I will turn 34 so the celebrations are of the past,” Kohli said after his century.

Albeit he scored a duck in the Super 4 match against Sri Lanka, he bounced back to make up for it in the match against Afghanistan.

Let’s take a look at a few fan tweets where they have trolled Imad Wasim for praising Virat Kohli:

nonsense
was not expecting this low from you

He’s upset that he isn’t in the team despite being dead weight. Gotta rid of all such toxic players 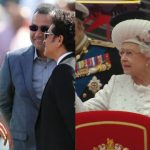