On the 103rd birth anniversary of the former South African President and philanthropist Nelson Mandela, legendary Sachin Tendulkar paid tribute to the Nobel Peace Prize winner. Tendulkar said that Mandela always encouraged sports and believed in the philosophy of sports uniting the people.

The former cricketer recalled an old incident of Mandela when India toured South Africa in the 90s after the apartheid ban was lifted on the African nation. India played four Tests in the 1992-93 tour but lost the series 1-0. It was also the first time India went on a tour to South Africa. Tendulkar went on to score twin tons in the series. The Master Blaster revealed how he met Nelson Mandela for the first time.

“I had the privilege of meeting the great man Nelson Mandela in 1992-93. That was the first time India went to South Africa. South Africa were playing their first series after a long time again in India,” Tendulkar said in a video.

“He had come to Wanderers to watch us and, the second time I met was in the 1996-97 tour. That was in Cape Town and, coincidently on, both occasions, I went on scoring hundreds.”

These wise words by Nelson Mandela at the inception of @LaureusSport Awards will hold true forever! Reminiscing my time with him. pic.twitter.com/4bxaldZ7ov 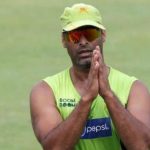 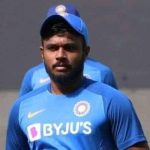