Former Indian batting legend Sachin Tendulkar has come out and made a contribution to the Mission Oxygen initiative. The contribution by the ex-cricketer comes after the country’s healthcare system started struggling with an upsurge in the COVID-19 cases. In the past week, more than 3 lakh cases have been registered in India each day.

The former cricketer announced the news of his contribution, with a tweet in which he shared an image with a long message. The message started with Tendulkar addressing the pressure the healthcare system is facing during this pandemic. “The second wave of COVID has put our healthcare system under immense pressure. Providing oxygen for the large number of serious COVID patients is the need of the hour,” Tendulkar wrote.

The next part of the message revealed that a group of more than 250 young entrepreneurs have launched Mission Oxygen, which aims to raise funds for help in this dire situation. The funds will be used to import oxygen concentrators and donate it to the hospitals across the country.

Tendulkar revealed that he has made a contribution to this cause and hoped that his efforts reach the needy soon. He also urged people to stand together behind each and every one who is working hard during this COVID challenge.

“I’ve helped by contributing to the cause and hope that their effort soon reaches out to many more hospitals across India. Your support when I was playing was invaluable and helped me succeed. Today, we have to stand together behind everyone that is working hard to fight this pandemic,” the last part of the message read.

The former Indian cricketer’s contribution comes after Brett Lee and Pat Cummins made contributions to help the country get relief of oxygen. Cummins contributed $50,000 while Lee contributed 1 BTC (Bitcoin), which worth around 41 Lakhs INR. 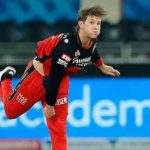 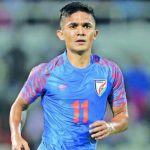