England pacer Jofra Archer has been out of action since the England tour of India last year. The pacer was struggling with an elbow injury for which he underwent surgery, and is still recovering from the same. However, despite not playing, Archer doesn’t stay away from the limelight for long. Time and time again his old tweets start trending on social media. While the tweets have nothing to do with the current scenarios, the Twitteratis always manage to find some link to the current situation, only for fun though.

Something similar happened during Day 1 of the first Test between South Africa and India. The visitors won the toss and opted to bat. However, the African bowlers made a sizzling start and dismissed Indian openers Mayank Agarwal and KL Rahul cheaply. Virat Kohli joined Cheteshwar Pujara in the middle and the duo stabilized the Indian inning.

However, Pujara once again was dismissed after getting a solid start. He scored 43 and stitched a 62 run partnership with Kohli. While every Indian batter was struggling against the hosts’ pacers, Virat Kohli looked at his vintage best. As soon as he crossed the half-century, the fans keenly started waiting for a three digit score, which Kohli has not touched since 2019.

However, the skipper could not stretch his inning beyond 79 as he nicked one to the keeper. Soon after Kohli’s dismissal, Archer’s tweet went viral on Twitter. The tweet read, “Got to score a ton somehow.”

Got to score a ton somehow 😐

Notably, Kohli has been struggling to convert his half-centuries into centuries. He last scored a hundred in 2019 against Bangladesh in the Pink Ball Test at Eden Gardens. However, runs from him is a massive boost and one can expect that a ton is not far away. 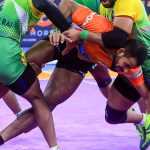 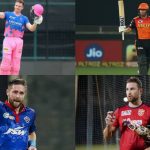