After a cracking win in Centurion, India experienced a rough ride in Johannesburg and lost the game by seven wickets to square off the series. There was not much difference between the teams in the game as batters from both teams struggled to cope up with the challenging surface. What separated the two teams was Dean Elgar, who single-handedly snatched a win for his team. The concern though for the hosts will be the contributions from other players. As of now, South Africa look a one-man show. The bowling is lethal but the likes of Aiden Markram, Temba Bavuma and Rassie van der Dussen need to step up.

While it may sound strange but despite losing the game, India had more positives than South Africa. The biggest of them all will be the half-centuries from Ajinkya Rahane and Cheteshwar Pujara. The senior batters looked in prime form in the second innings and put India in a commanding position. However, once they were dismissed, India fell like a pack of cards. Rishabh Pant has been going through a lean patch and it won’t be a bad move to try Wriddhiman Saha. Meanwhile, Virat Kohli will return to the team for the final game to boost the team’s batting. Mohammed Siraj will miss out due to a hamstring injury. One of Ishant Sharma or Umesh Yadav is likely to replace him.

The Newlands wicket is one of the more challenging surfaces in South Africa. The batters will have to be on their toes to survive against quality bowlers.

Where to watch: Star Network 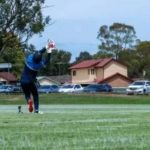 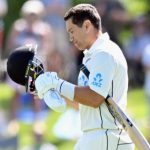