Former South Africa wicketkeeper-batsman Mark Boucher feels that second leg of the Indian Premier League (IPL) will help the teams prepare for the T20 World Cup in the best possible way. While the dates of the showpiece event are not yet announced, it is believed that the tournament will be played right before the World Cup which is set to get underway on October 17.

Speaking at the post-match press conference after South Africa’s 3-2 win over West Indies in the T20I series, Boucher said the conditions in UAE will be very different to what South African players get back home and that’s why the IPL will play a big role in finalizing their strategy for the World Cup. He added the IPL will give an idea of pitches and the par scores on the surfaces. The 44-year-old feels that spinners are going to play a big role in the marquee event.

“We are probably going to be playing in conditions like this in the UAE. The wickets after the IPL are going to be a bit dry,” ESPNcricinfo quoted Boucher as saying.

“It’s not the same as we’re used to back in South Africa where you can go out and bash your way to 180 to 200 runs. You’ve got to be skillful here; you’ve got to be smart,” he added.

“It’s going to be tough to bat on especially at the back end, like we saw here. We will have an idea of what scores are going to be by watching the IPL and then taking a look and assess how the wickets are playing during the beginning part of the World Cup. I suspect spinners will play a massive role,” said Boucher.

The T-20 World Cup was moved out of India to UAE due to the COVID-19 concerns in the country. The multinational event will be played at the Dubai International Stadium, the Sheikh Zayed Stadium in Abu Dhabi, the Sharjah Stadium, and the Oman Cricket Academy Ground, from October 17 to November 14, 2021. 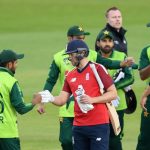 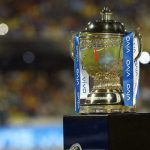