India are all set to take on Sri Lanka in the three-match T20I series, which starts on Thursday. The Men in Blue will be without the services of a few big names. However, Ravindra Jadeja is all set to make a comeback to the Indian team.

It is to be noted that the last time he featured in a T20I game was during the 20-20 World Cup 2021. As a matter of fact, he last played a game for the Asian side in November 2021, during the first Test against New Zealand in Kanpur. Thus Yuzvendra Chahal expressed his excitement over the return of the southpaw.

Contrary to the normal “Welcome back” messages, Jadeja was treated to a Snapchat special. Chahal went on to share pictures of the all-rounder, in Snapchat filters. Although Jadeja was posing for the picture, he looked absolutely hilarious, to say the least.

Not just him, but even Ruturaj Gaikwad became prey to Chahal’s social media shenanigan. Thus, the images of the opener and Jadeja instantly went viral. In the meanwhile, Gaikwad is all set to feature in the upcoming series against the Emerald nation.

In the absence of KL Rahul and Virat Kohli, the 25-year-old wouldn’t get a better opportunity to showcase his talent. As for Jadeja, he recently expressed his happiness on making his comeback. While speaking in a video posted by BCCI, he said that he was excited to be back.

“Good feeling to be back in the Indian team. Really looking forward to playing the T20 and Test series. I am feeling so good that finally after two months, I will be playing for India. I was keen to do my rehab properly. I have been working hard on my fitness in NCA. I am very excited for the series. I am playing after more than two months. I have been practising bowling, batting in Bengaluru. So I was in touch. Today, I felt very good after coming here for my first practice session,” said Ravindra Jadeja. 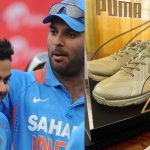 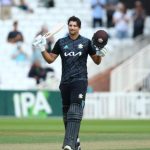