On Friday, the Board of Control for Cricket in India (BCCI) announced a 20-member squad for the upcoming India tour of Sri Lanka. The tour comprises three One Day Internationals and as many T20 Internationals. As many as five players have received a maiden call-up to the Indian team and Ruturaj Gaikwad is one among them.

Ruturaj rose to fame after he smashed three consecutive half-centuries in IPL 2020 while playing for Chennai Super Kings. The youngster carried his brilliant form in IPL 2021 too. As the 24-year-old is in line to make his much-awaited debut for the Indian team, he spoke at lengths regarding his feeling and future plans.

Speaking about his feelings on receiving his maiden Indian call-up, Ruturaj revealed that he is too happy and emotional at the moment. The opening batter stated that when he read his name in the squad, he recalled his entire cricket journey along with remembering the people who played a key role in helping him reach greater heights.

“I am just happy. Right from the moment I got to know about it, you know a journey comes in front of your eyes that from where you started and where you wanted to reach…it’s a pretty emotional feeling,” Gaikwad told PTI.

Further in the interaction, the right-hander revealed that the most exciting part about the tour is collaborating with Rahul Dravid again. Notably, since Ravi Shastri has travelled with the main Indian squad to the UK, Rahul has been appointed as the coach for the SL series.

“The opportunities would be limited but I’m just looking forward to learning from this journey as much as I can. There are experienced players in the group and obviously, once again I will get a chance to reconnect with Rahul Sir,” he said.

“Obviously if I get opportunity, just hoping that I can give my best and wish to win a game for India. One of my biggest goals is to get a win for the Indian team or my country,” the 24-year-old concluded. 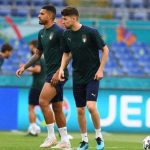 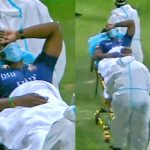