Ahead of their England tour, New Zealand have been dealt with a massive blow as their ace batsman, Ross Taylor has suffered a grade one calf strain. The 37-year-old faced six deliveries in the nets at the High Performance Centre before limping away. New Zealand cricket released a statement and confirmed the development, adding that Taylor is expected to be fit within a week.

“Taylor will return to batting and running next week before linking up with the Test squad ahead of their departure for England next weekend,” a NZC statement said.

New Zealand Coach Gary Stead, however, admitted that Taylor’s injury is a slight cause of concern.

“You are always worried when any injuries happen, but someone of Ross’s standing and calibre as a Test player, you always have a little bit of a concern,” he told reporters. “Fingers-crossed… everything is good and we still have time on our side, but we’ll just have to wait and see what the medical team say,” he added.

New Zealand are scheduled to play England in a two-Test series. Later, they’ll also face India in the summit clash of the World Test Championship. The squad is expected to leave for England in mid May.

Kane Williamson, Trent Boult, Mitchell Santner and Kyle Jamieson won’t be available for the first Test, starting June 2nd, as the players are featuring the 14th edition of the Indian Premier League. New Zealand have announced the 20 man squad for the England tests which will be further trimmed to 15 for the WTC final. 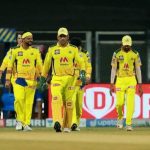