In what comes as saddening news for the Indian fans, India skipper Rohit Sharma has reportedly tested positive for COVID 19 in the second round of testing. He first tested positive last weekend during the practice game against Leicestershire. This is the reason he didn’t come out to bat in the second innings of the game. Sharma was asked to isolate himself at the team hotel in Leicester.

With only six days left in the start of the fifth Test against England, he was unlikely to play. However, the fans were hoping for him to recover and lead the team in the must-win game in Birmingham. Now, with only two days left in the game, the right-hander won’t be able to play as he has been tested positive again. This is a crushing blow for the team as they not only lose their skipper but also a reliable opening batter. According to a report by The Hindu, he has been ruled out of the fifth Test as he has tested positive for the deadly virus once again.

Rohit Sharma has tested positive for COVID-19 for the 2nd time in RT-PCR test. (According to PTI)

In the four games played between the two teams last August and September, the 35-year-old scored 368 runs averaging 52.57 including his first overseas hundred at The Oval. He is the second-highest run-getter in the series with Joe Root (564) leading the charts. The world number two Test side is leading the series by 2-1 and would like to win the game and clinch the series.

Since 2007, the Indian team hasn’t been able to win a Test series in the UK in 2011, 2014, and 2018. In 2007, Rahul Dravid led the team. He is currently the head coach of the team. In Rohit’s absence, lead pacer Jasprit Bumrah will lead the team. With this, he becomes the 36th India Test skipper and second after Kapil Dev to lead the team as a pace bowler.

Dev led the Indian team for the last time in 1987. In the recent past, we have seen Pat Cummins leading the Australia Test team which won the Ashes at home and smashed Pakistan in the Asian team’s backyard. It will be interesting to see how Bumrah does in his first game as captain. 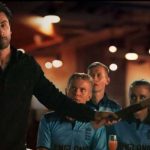