India Test vice-captain Rohit Sharma has been ruled out of the South Africa Tests owing to an injury. India A skipper Priyank Panchal, who is already in South Africa, has been named as Rohit’s replacement.

Meanwhile, there is no update if Rohit will be available for the three match ODI series that will follow the Tests. It is learned that Rohit picked up the injury while practicing in Mumbai. Notably, Rohit was recently named India skipper for the ODIs. As per reports, the injury in quite serious and may take a while before Rohit can be back on the field.

While an official announcement from the BCCI is pending, Cricbuzz confirmed Rohit’s unavailability for the series. “An announcement to this effect is expected to be made by the BCCI soon but Cricbuzz can confirm that Rohit, who was kept out of the just-concluded two-Test series against New Zealand as part of workload management, will not take part in the Test series that starts on December 26,” stated a report in Cricbuzz

Meanwhile, Priyank Panchal was in decent form in India A series against South Africa A and scored 140 runs at an average of 40. Overall, he has over 7000 runs in domestic cricket. Mayank Agarwal and KL Rahul are the two specialist openers in the India squad. If needed, India can ask Hanuma Vihari to open as well. The series gets underway on December 26 at Centurion. 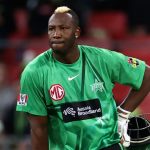 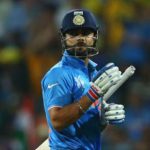