Haider Ali is one of the most promising batsmen coming from Pakistan at the moment. After consistently performing in the Pakistan Super League (PSL), he broke into the national squad and is on the cusp of becoming a regular feature in the limited-overs formats. He is currently playing for Peshawar Zalmi in the PSL and has done extremely well so far.

Haider Ali follows Rohit Sharma a lot and has expressed himself in the same regard time and again. Once again on Friday, after smashing a 29-ball half-century against Quetta Gladiators, Haider clearly stated that he wants to emulate Rohit Sharma and loves the way the Indian opener plays with freedom.

“My favourite player is Rohit Sharma, I’ve always liked him and want to emulate him, he plays with a free mind and I want to do the same,” he said while speaking after the match.

Haider Ali has played 2 ODIs and 10 T20Is so far and has impressed in the shortest format of the game scoring two half-centuries. His strike-rate of 137.04 is also brilliant and the youngster will be keen on having yet another good PSL to keep his form going.

Moreover, he understands the expectations of the fans from a player representing the country. Haider also wants to be the best batsman to feature in PSL. “Once you play for your country, people’s expectations increase which makes you work even harder and give 100% in each game you play. I try not to disappoint fans who have expectations from me,” he further added. 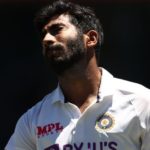 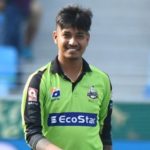