The Board of Control for Cricket in India (BCCI) are set to announce two new teams for the Indian Premier League (IPL) on Monday (October 25) in Dubai. According to the reports, the Glazer family, owners of Manchester United are among the several prospective bidders who have shown interest in acquiring the services of one of the two new teams.

It was earlier also reported the United owners’ late interest in purchasing the Invitation to Tender (ITT) was one of the primary reasons in BCCI extending the original deadline of October 5 to 10. “Well yes, it is true that they have shown interest and that may be one of the reasons why the dateline was extended by the BCCI. IPL is not just restricted to India, it is a global entity now,” the source pointed out according to My Khel.

The governing council of IPL had earlier issued the (ITT) document available on payment of the non-refundable tender fees in August. BCCI secretary Jay Shah confirmed to extend the date of purchasing the ITT document was requested by the few potential bidders.

“Pursuant to a request from interested parties, the BCCI has now decided to extend the date for purchasing the ITT document till October 10, 2021,” BCCI Secretary Jay Shah said in a statement.

The Board also had set criteria for the potential bidders and told them to have a minimum turnover of 2500 to 3000 crores. Apart from Manchester United, even Sanjay Goenka and popular Bollywood couple Ranveer Singh and Deepika Padukone showed interest in buying the two IPL teams.

The BCCI were specific with its demands said the two new IPL teams will be from the Northern side of India. If reports are to be believed then Lucknow and Ahmedabad are frontrunners to be in the IPL for the next season. 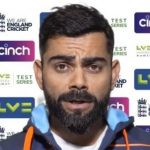 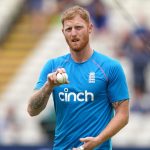