The Board of Control for Cricket in India (BCCI) is working hard to organise the second leg of the 14th edition of the Indian Premier League (IPL) which was suspended last month due to cases inside the bubble. The tournament is now moved to the UAE where the last season was played and the BCCI members are in the country discussing everything with the Emirates Cricket Board.

Several reports have already surfaced regarding the tournament resumptions and if the latest reports from Times of India is to be considered, IPL 2021 is set to commence on September 19 and will go on until October 15.

“The discussions went really well and with ECB already giving us the oral nod to host the event ahead of the BCCI SGM, it was about closing the deal over the last week. The first game after the season resumes will be held on September 19 while we will have the final on October 15. The BCCI was always keen on a 25-day window to finish the remaining matches,” the BCCI official said.

The official also stated that the discussions regarding the availability of the foreign players are in progress with the respective boards. He also ensured that the BCCI will try its best to make the players available to maximum extent.

“The discussions have started and we are keeping fingers crossed that the foreign players will be mostly available. If a couple of them do not manage to turn up, we shall then decide on the future course of action. But keeping fingers crossed for now and hoping to have an action-packed end to the 14th edition in UAE,” the official added. 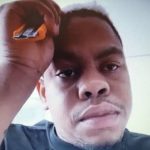 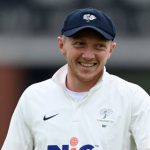