If reports are to be believed, the Board of Control for Cricket in India (BCCI) may ask Rahul Dravid to take over as India coach for the New Zealand series, where the teams are set to play two Tests after the International T20 Cup. Current coach Ravi Shastri and his allies will step down after the showpiece event and the appointment of the new coach will be done before the India tour of South Africa in December. With the New Zealand series sandwiched in between the multinational event and the South Africa series, the BCCI want someone to take over as interim coach. Dravid had already coached the Indian team on the recent Sri Lanka tour thus he is an apt candidate to don the coach’s hat for the series.

While several overseas coaches like Tom Moody has expressed their interest in coaching team India, the BCCI is keen on hiring the Indian coach. They have not yet officially advertised for the applications of India coach. A BCCI source explained the delay and said they want to look out for the best candidate before throwing an application.

“We wanted the candidate whom we feel is best suited for the job to agree first (to apply for the job). We don’t want a situation where we get applications but no one is seen as ideal. It will be embarrassing for the board and for the candidates too. So it’s better to find a suitable candidate first, till then Dravid can be the interim coach.”

Rahul Dravid was approached for the full-time role as well but as per reports, he is not keen on taking up the full-time responsibility. Dravid currently is the head of the National Cricket Academy (NCA) and wants to work with the youngsters at the NCA. 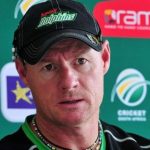 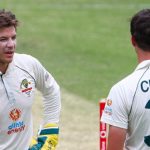