The second leg of the 2021 edition of the Indian Premier League (IPL) is set to commence on September 19 in the UAE. A total of 31 matches are yet to be played after the tournament was postponed due to the COVID-19 cases in as many as four teams when the IPL was played in India earlier this year.

IPL 2021 will go on until October 15 even as the BCCI is keen on discussing with the different boards over the player availability. New Zealand Cricket (NZC) Chief David White has already confirmed the availability of the Kiwi players for the whole period but there is no clarity over the availability of players from other countries.

South Africa players will also most likely be available. But if the reports in Cricbuzz are to be believed, there is a concern among IPL teams over their availability. The Proteas team is scheduled to tour Sri Lanka, the itinerary of which was only finalised earlier this week. The two teams will face each other in three ODIs and as many T20Is and the tour will end on September 12.

With the rules in the UAE regarding COVID-19 very strict, the IPL franchises are not sure whether the bubble to bubble transfer will be allowed from Sri Lanka. In that case, the IPL bound players of South Africa might have to serve 10 days of isolation period upon reaching UAE from Sri Lanka and they might miss a few matches.

On the flip side, Cricket South Africa (CSA) might also allow the IPL players to leave the Sri Lankan shores early to complete their quarantine period before the tournament like they did during the Pakistan tour before the start of IPL earlier this year. 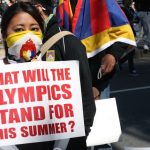 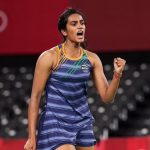