The Afghanistan Cricket Board (AFB) has revealed that they would like to host the Pakistan cricket team for a limited overs series in the United Arab Emirates (UAE). The series is likely to take place in August or September this year.

The limited overs series will comprise of 3 ODIs and 3 T20Is. In fact, a source stated that Afghanistan wants to play this series before the much-awaited T20 World Cup, that will be held in the months of October and November this year.

It is also understood that the Board of Control for Cricket in India (BCCI) is also mulling to host the remainder of IPL 2021 in the UAE in September. The source concluded by stating that many Afghanistan stalwarts, including the likes of Rashid Khan, Mohammad Nabi and Mujeeb Ur Rahman will take part in the IPL.

“The Afghanistan board is keen to have the series before the World T20 Cup which is in October. The plan is for the Pakistan team to stop over in UAE and play the series in August as the Indian cricket board is also likely to host the remaining matches of its unfinished Indian Premier League in the UAE sometime in September-October.

And a number of Afghan players including their captain, Rashid Khan, Nabi, Mujeeb ur Rehman and a few others take part in the IPL for different teams,” concluded the source. 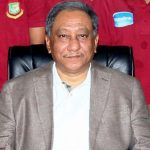 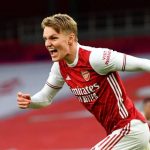