India all-rounder Stuart Binny announced his retirement from all forms of cricket on Monday. Binny played 6 Tests, 14 ODIs and 3 T20Is for India, accumulating 194, 230 and 35 runs respectively. He also picked 24 wickets across formats. While Binny doesn’t have much to boast about his international career, he delivered a couple of performances that will stay in the memories of fans for a long time.

Binny’s magnificent spell of six wickets for four runs, the best by an Indian till date in ODIs, helped India defend a modest total in an ODI against Bangladesh. Also making his debut in England, Binny played a whirlwind knock of 78 in Nottingham.

“I think my best moment from Indian cricket is when I received my Test cap from MS Dhoni at Nottingham. That’s the moment which I would cherish the most,” said Binny in a conversation with Asianet Newsable.

“He [MS Dhoni] told me that I had deserved this opportunity and that I had performed consistently well in the Ranji Trophy for three-four seasons. And obviously, if you can do it in the Ranji Trophy, it is just a matter of believing that I could do well in Test cricket as well. He also assured me that I had the full support of the Indian team, and he wanted me to go out and express myself,” he added.

India was long looking for a fast-bowling all-rounder and Binny made a promising start to his career. However, the emergence of Hardik Pandya and lack of consistent performances led to his ouster from the team. Talking about his decision to quit cricket, Binny said he decided to draw curtains on his career because of the uncertainty in domestic cricket due to the pandemic.

“I think I have reached a stage where cricket has become difficult for me because of the pandemic. First and foremost, there was not enough cricket played in the last two years. And, to be a professional cricketer, you need to be playing cricket continuously and also practice regularly.

“Also, it is difficult to carry on as a cricketer if you are only practicing and not getting game time. Thus, I felt that my best years had passed as a professional, and I also did not want to continue just because I loved playing it. I depended heavily on my performances as well, and I felt that it was the right time to make that decision,” Binny said. 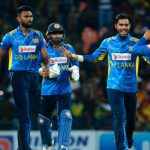 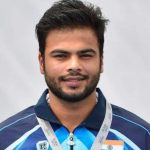