The Kolkata Knight Riders (KKR) have roped in Kiwi Pacer Tim Southee for second leg of the Indian Premier League (IPL). The move was made after franchise’s premier pacer Pat Cummins pulled out of the remaining matches. Cummins was acquired by the Kolkata franchise for 15.5 crore in the 2019 IPL auction.

Southee was available for selection after being sidelined for the team’s series against Bangladesh and Pakistan. He last played the IPL in 2019, for Royal Challengers Bangalore. KKR had a tough outing in the first half of the showpiece event and could only win two of their seven games. They are currently languishing at seventh position in the points table.

“Tim has been a strong player and has been the spearhead of the New Zealand team. In the UAE conditions, we hope he will be very effective,” a KKR official said.

Southee has plenty of experience in T20 cricket, having featured in almost every league around the globe. He is the third-highest wicket-taker in T20 cricket, with 99 scalps in 83 games at an economy of 8.39. He has even led New Zealand in T20Is in the absence of Kane Williamson.

KKR will be Southee’s fourth IPL franchise, having earlier played for Chennai Super Kings (CSK), Rajasthan Royals (RR) and RCB before. Southee has played 40 IPL games and has accounted for 28 wickets so far. He had a forgettable outing in 2019 season and leaked runs at an economy of 13.

However, Southee might not be an automatic starter, with KKR also having the services of his Kiwi teammate Lockie Ferguson. The right arm pacer recently tested positive for COVID-19 but is likely to be available for the UAE leg, which gets underway on September 19. 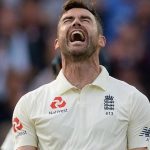 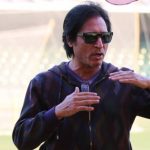