The fifth Test between England and India was cancelled after COVID-19 concerns in the India camp. India assistance physio Yogesh Parmar was tested positive on eve of the match after which the Indian players were reluctant to take the field.

Ever since the Test was cancelled, several experts have slammed team India, alleging they were not keen to play the Test as players were scared to death on missing the IPL if they get infected with the virus. However, former Australia captain Mark Taylor has come out in support of team India and said Indian skipper Virat Kohli and head coach Ravi Shastri are great promotors of Test cricket.

“(India coach) Ravi Shastri and Virat Kohli (have) been great supporters and promoters of Test cricket in recent times. I think Virat has been excellent in that regard, really wanting to play Test cricket, prioritising the game,” said Taylor to Wide World of Sports.

Taylor said India’s concerns about playing the Manchester Test was justified given the circumstances. However, he said that India pulling out of a match was a huge setback to Test cricket. “I don’t think anyone would hold any sort of grudge against the players not wanting to play a game when they’ve got genuine concerns about COVID infection. I think now we want to see some consistency. Pulling out of a Test match is huge for the game of cricket, particularly an India series, it’s a big series,” said Taylor. 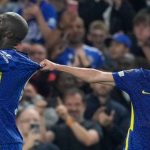 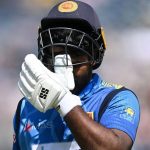