The remainder of the PSL 6 is all set to resume from June 5 in Abu Dhabi. Ahead of the T20 extravaganza, Lahore Qalandars have received a massive boost as ace Afghan leg spinner Rashid Khan will rejoin their squad for the remaining matches. Rashid pulled out of the tournament after two matches to participate in the home series against Zimbabwe. The PSL 6 was postponed in March after multiple cases of COVID-19 in the bio bubble. The PCB then decided to conduct the matches in June in Karachi. However, a sudden surge in COVID-19 cases forced the organizers to move the tournament out of Karachi to Abu Dhabi.

Earlier, in a replacement draft, Qalandars roped in Shakib Al Hasan as a replacement for Rashid Khan but the Bangladesh all-rounder pulled out of the tournament as he wants to feature in the Dhaka Premier League.

“I am excited to be back with PSL and Lahore Qalandars,” Rashid said. “I had couple of good games with them earlier and the team went off to a good start, I am hopeful to help them continue with the momentum.”

Post the IPL, Rashid will fly to the UK where he will represent Sussex in the T20 Blast. The tournament gets underway on June 9 and Sussex will play their opening game on June 11.

“I am really looking forward to joining up with my teammates at Sussex upon completion of the PSL,” he said. “Whilst the travel restrictions in place have been a big factor in delaying my arrival, it is fortunate I am still able to play some high-level cricket before heading to Hove later in June.” 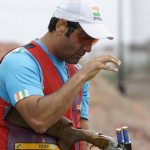 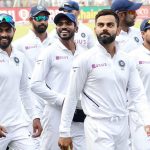