Sunrisers Hyderabad all-rounders Rashid Khan and Mohammad Nabi have arrived in UAE and are currently serving quarantine, a franchise official confirmed on Monday. The players were last seen in the Hundred. While Rashid Khan represented Trent Rockets, Mohammad Nabi gave his services to London Spirit.

The official further said that SRH management will take care of the players and will try to keep them in the best frame of mind. Notably, both players are concerned about the chaotic situation in Afghanistan where the Taliban has swept to power.

“They are very much in UAE and undergoing quarantine. They are not just professionals, they are a family and the team will take complete care of them not just during the tournament but at all times. The management will ensure they are in the best frame of mind and perform to the best of their ability,” the source said.

Meanwhile, with CPL reaching its final stages and Sri Lanka – South Africa series also set to end tomorrow, 14th September, the IPL bound players from the countries are likely to arrive in UAE soon. The players will have to serve two days in isolation before being allowed to join the squad.

SRH didn’t enjoy favourable outings in the first leg of IPL and could only manage 1 win in their seven games. They’ll be hoping for a change in fortunes when the tournament resumes on September 19. SRH play their first game against Delhi Capitals in Dubai on September 22. 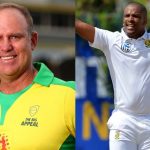