This is also the first instance of a bowler bowling that many overs since Muttiah Muralidharan’s 113.5 overs against England at the Oval in 1998. West Indies spinner Sonny Ramadhin holds the record of bowling most overs in a test match ever. Ramadhin bowled 129 overs, including 98 overs in the second inning, against England in 1957 at Edgbaston.

Rashid Khan’s mammoth effort helped Afghanistan beat Zimbabwe by 6 wickets in the second test, drawing the series 1-1. It must be noted that Rashid Khan wasn’t part of the Afghanistan team in the first test which they lost by 10 wickets. A herculean effort from Sean Williams and Donald Tiripano gave Afghanistan some nervous moments. Following on, Zimbabwe were staring at an innings defeat when the duo added 187 for the 8th wicket and batted for around 70 overs to stretch the game till the last session of the Test match. Williams remained unbeaten on 151 while Tiripano fell five runs short of his maiden century.

Earlier, Afghanistan, on back of a magnificent double hundred by Hashmatullah Shahidi and Asghar Afghan’s 164 posted a mammoth 545-4 in their 1st inning. They then bowled out Zimbabwe for 287, taking a lead of 258 runs. Rashid Khan bowled 36.3 overs in the first innings and accounted for 4 Zimbabwe batsmen. In the second inning, Rashid bowled 62.5 overs and returned with a 7 wicket haul. 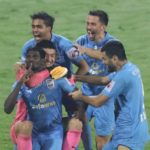 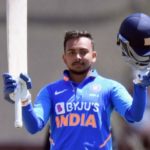