Rajasthan Royals have signed young South African pacer Gerald Coetzee as a replacement for Liam Livingstone. Coetzee participated in the IPL auctions for 2021 but went unsold. The right arm pacer has played six first-class games, six List A games and 8 T20s, picking up 24, 10 and 9 wickets respectively.

Rajasthan Royals are having a miserable outing in the IPL 2021 and have lost four of their six encounters. Their tournament has also been dented by a string of injuries. They lost Jofra Archer ahead of the tournament before Ben Stokes was ruled out due to an injury. Andrew Tye and Liam Livingstone also pulled out of the tournament amidst Coronavirus concerns.

Royals’ last match was against defending champions Mumbai Indians which they lost by seven wickets. The problem for Royals has been their batting as none of their key players have lived up to the expectations. Post their loss, RR captain Sanju Samson said that they need to sort out their batting woes before the next game.

“Surely, a few runs short, maybe around 20-25 runs short. We were going on nicely (with the bat) but didn’t finish well. The bowlers have been doing their job well, but as batsmen, we need to get them a good score to defend. It was a good wicket, the ball was coming on nicely and they (MI) batted really well, as a team, we will need to score more runs as a batting group. Trust yourself, play positive and fearless cricket – that’s all one should do,” said Samson after the match. 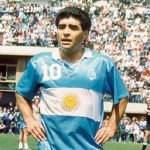