Former India batter Rahul Dravid has been appointed as the head coach of team India. He will take over from incumbent coach Ravi Shastri, who will step down from the post after the upcoming International T20 Cup. Dravid’s appointment was on the expected lines ever since he coached team India on the Sri Lanka tour.

Initially, he was reluctant to take the coaching offer on a full-term basis but after a bit of convincing from BCCI president Sourav Ganguly and secretary Jay Shah, the veteran finally agreed. The 48-year-old will have to quit the role of National Cricket Academy (NCA) head before taking charge of team India. It is also confirmed that Dravid will be with the team for two years, till the International 50 Over Cup in 2023.

“Yes, Rahul has agreed to coach the Indian team till the 2023 World Cup. Initially, he was reluctant but it is understood that president Sourav Ganguly and secretary Jay Shah had a meeting with Rahul on the sidelines of the IPL final where they were able to convince him,” a BCCI official told, according to Crictracker.

“It won’t be an interim role,” he added.

The BCCI wanted to have Dravid on board because they wanted a smooth transition period. It is to be noted that team India has quite a few players like Rohit Sharma, Virat Kohli, Ajinkya Rahane, and Cheteshwar Pujara, who are 30 plus age. At some point, these players will retire or wish to discontinue one format and the presence of Dravid in the dressing room will reduce the nervousness in the youngsters coming in.

“Rohit [Sharma] will be 35 next year, Virat [Kohli] is days away from his 33rd birthday. Apart from them Mohammed Shami, Ishant Sharma, Cheteshwar Pujara, and Ajinkya Rahane are all fantastic players but at some point during the next two years, they will be phased out. “The players who are set to come in are mostly from the U-19 set-up. So it’s imperative that Dravid is appointed,” the source added further.

Apart from Dravid, Paras Mhambrey has also been appointed as the bowling coach. 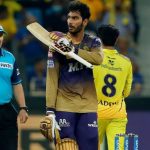