Amidst the growing concerns of Coronavirus in India, ace spinner Ravichandran Ashwin has decided to pull out of the IPL 2021, stating that he wants to support his family during these testing times. He, however, said that he may return to the league if things go in the right direction.

“I would be taking a break from this years IPL from tomorrow. My family and extended family are putting up a fight against #COVID19 and I want to support them during these tough times,” Ashwin posted on his Twitter page after DC’s game against SunRisers Hyderabad here on Sunday night.

“I expect to return to play if things go in the right direction. Thank you @DelhiCapitals,” added the Chennai-based player.

It is understood that a close member of Ashwin tested positive for COVID-19. Post Ashwin’s announcement, Delhi Capitals took to Twitter and extended their support to their primary spinner.

“Extending our full support to you in these difficult times, @ashwinravi99. Sending you and your family all the strength and prayers from all of us at Delhi Capitals,” DC said.

Ravichandran Ashwin is the first Indian player to pull out of the IPL. Since IPL is being played in the bio bubble, Ashwin will have to undergo mandatory quarantine if he wishes to return to the league. Earlier, Liam Livingstone and Andrew Tye also pulled out of the T20 extravaganza due to bubble fatigue.

In another development, RCB’s Adam Zampa and Kane Richardson have also opted out of the remaining matches of IPL 2021 due to personal reasons.

“Adam Zampa & Kane Richardson are returning to Australia for personal reasons and will be unavailable for the remainder of IPL season. Royal Challengers Bangalore offers complete support to them in all the possible way we can,” the franchise said in a statement.

Richardson represented RCB in one game, against Rajasthan Royals while Zampa didn’t open his account this season. 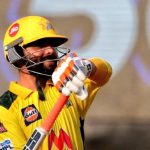 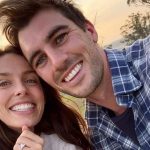