“On medical advice, Quinton will be on a break for a few weeks. The South African Cricketers Association and Cricket South Africa (CSA) will continue to support him through this process,” Andrew Breetzke, SACA CEO told ESPNcricinfo.

Continuous cricket and staying in the biosecure bubbles have taken a toll on De Kock’s mental strength who described the environment as ‘Unsettling’. The season particularly has been taxing on de Kock who was handed an additional responsibility of leading South Africa in Tests along with being the skipper of the shorter formats. He is one of the senior members of the team and is continuously under pressure to perform. Add to that his wicket-keeping responsibilities.

De Kock has been involved in several bio bubbles in the last few months. He was the part of the IPL, then played the T20I series against England and the Test series against Sri Lanka. He admitted that he wasn’t sure of travelling to Pakistan.

CSA director of cricket, Graeme Smith, on Monday said that all the players with national contract will play the domestic T20 competition along with the following four-day matches. However, De Kock and Faf du Plessis have not been named in the squads for their respective teams. 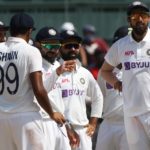 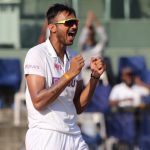