The Pakistan Super League is all set to get underway from June 5. The tournament was postponed in March after multiple players and support staff tested positive for the virus following a bio bubble breach. The resumption of the second leg of PSL wasn’t easy. The PCB toiled hard before they managed to convince the Emirates Cricket Board to stage the matches in UAE. The PCB does not want any more interruptions in the T20 extravaganza and has laid out strict COVID-19 protocols.

“If we ignore this breach, then we will potentially put at risk the entire event. We appreciate Quetta Gladiators for accepting this decision as it confirms we are all aligned to strictly following and implementing the protocols,” Director (Commercial) and head of PSL, Babar Hamid said after banning Shah from the league

“This decision will also send out a loud and clear message to all involved that the PCB will not compromise on any violations and will expel the player or support personnel irrespective of his stature and standing if they are found to be flouting the prescribed protocols or regulations”, he added.

With Ali testing positive and PCB banning Shah, it will be interesting to see who Quetta sign as replacements with just a day to go before their departure. Quetta Gladiators had a miserable outing in the first leg of PSL and could only manage one win in five games. 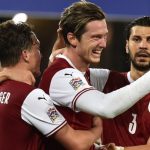