After a fascinating battle between top teams, Khyber Pakhtunkhwa and Northern have made it to the finals of the Quaid e Azam trophy. However, an unwanted incident took place before the summit clash, scheduled to take place on Saturday (December 25). Pakhtunkhawa and Northern players were staying in Karachi in a five-star hotel booked by Pakistan Cricket Board (PCB).

However, in an unfortunate turn of events, the players were kicked out of the hotel by the management. Both the teams had bookings till December 22 and when the bookings were expired, Pakhtunkhwa and Northern teams were asked to leave the hotel.

The players and support staff had to wait outside the hotel before the PCB management took action and booked another hotel for the finalists. However, in this process, the bio-secure environment of both teams was broken. It is also to be noted that PCB chairman Ramiz Raja was also staying at the same hotel.

The summit clash will be played with the Pink-ball under lights at the National Stadium in Karachi. Pakhtunkhwa beat Central Punjab by 244 runs at the UBL Sports Complex to reach the finals of Quaid-e-Azam trophy. Meanwhile, the Northern topped the table in the league stage with 152 points. They have simply been superb with the bat and ball.

The star of the season for Northern so far has been Mohammad Huraira. The 19-year-old has looked in phenomenal form and has scored two triple hundred, with the second one coming off in just 327 balls against Balochistan. The right-hand batter will pose a threat to Pakhtunkhawa in the finals of the Quaid-e-Azam trophy. 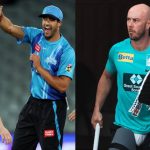 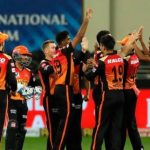