A day before the auction for this year’s Indian Premier League (IPL), Kings XI Punjab, on Wednesday (February 18), unveiled their new logo. The Punjab-based franchise is also set to change its name to Punjab Kings. Unlike the previous logo, the new logo has only one lion with the name ‘Punjab Kings’ written above it.

In the old logo, there were two lines at the edge while Kings XI Punjab was written between them. The old logo also had a band with KJHPH written on it. The letters stood for Jammu & Kashmir, Himachal, Punjab and Haryana, the franchise’s catchment areas. This is the second time Punjab Kings have changed their logo. Previously, they had changed their logo in 2012.

“We put it to research, both with fans and with closed groups and have finally arrived at the new name. The idea behind the new name is to add a fresh look and a fresh feel to the franchise. As with any product/service, everything has its own life cycle and we believe given the changing ethos and the audience taste we thought it was apt for the brand to go through a complete new refresh,” Mohit Burman, one of the co-owners of the franchise, said while speaking to ESPNCricinfo.

Punjab Kings will be hoping that their new name and logo change their fortunes too. They are one of the only three teams who are playing in the IPL since the inaugural season but are yet to win the league. Punjab Kings have been one of the most inconsistent teams in recent years. They have not made it to the playoffs since their march to the final in 2014. Punjab Kings had a poor outing in IPL 2020 too where they finished at the sixth spot after managing just 6 wins from 14 games. 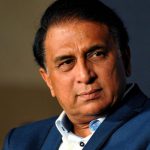 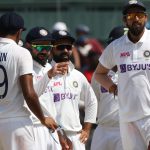