The Pakistan Cricket Board suffered a massive blow after Fawad Ahmed was tested positive for the coronavirus ahead of Islamabad’s fixture against Quetta Gladiators. Fearing a spread of the virus, the match was then postponed by 24 hours. Around 300 people were tested for the virus and 3 among them( 2 overseas players and one support staff) returned positive. The test report for around 40 people is still pending.

All the three infected members have been kept on a separate floor of the biosecure hotel. The matches are being played in the bio bubble to protect the players from catching the virus but the PCB has allowed 50% of the crowd to be present in the stadium.

Post the shocking news, there were speculations that the Pakistan Super League may be postponed for a week. However, the PCB has decided to go ahead with the tournament as planned. PCB said that there will be no change in the tournament unless there are 5 or more positive cases.
“We have a virtual meeting with franchise owners and team management to give them the confidence, assurances, to take their support, reminding them of the protocols and the way forward,” PCB media director Sami ul Hasan said at National Stadium in Karachi on Tuesday as quoted by ESPNcricinfo.

The PSL organizing committee revealed that they’ve sent a reminder to every stakeholder to follow the safety protocols set by the PCB.

“The organising committee has already sent out a reminder to every stakeholder to exercise extra caution and nobody is told to go in self-isolation, just a caution that involves using a face mask, avoid wandering on the hotel floor, and members who have tested positive will remain in ten days’ quarantine. And since yesterday, now PCR tests will be carried out every fourth day,” he added. 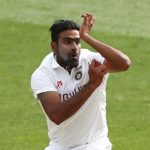 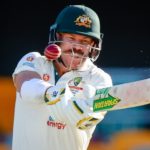