The seventh edition of the Pakistan Super League (PSL) is likely to be delayed by two weeks. The tournament was scheduled to be played in the first week of January but as per sources, a proposal to start the tournament on January 25 has been presented. It is reported the tournament was pushed back to avoid a clash with the Emirates Cricket League.

Pakistan Cricket Board (PCB) Chief Executive Officer, and acting chairman Wasim Khan led a virtual meeting with franchises where they were updated about the development. However, the delay is likely to come as a boon for PCB as overseas players, who will be part of the Big Bash League (BBL), which will be played from December 15 to January 28, will be available for the T20 extravaganza. Starting the tournament in the final week of January would also ensure lesser weather interference.

With the new schedule, the tournament will end in the final week of February. It must be noted that PSL generally takes place from February – March but the schedule for the upcoming season was tweaked to make room for the home series against Australia.

If PCB would have pushed the PSL back to April-May, it was have clashed with the IPL which would have affected the sponsorship and broadcasting deals while several overseas players would also have preferred IPL over PSL. 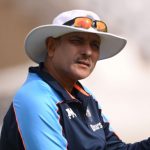