After fascinating two weeks, the Pakistan Super League (PSL 6) will conclude with Peshawar Zalmi and Multan Sultans crossing swords for the PSL title. Both teams made their way into the final after playing outstanding cricket in the second leg. While Multan Sultans booked their berth after winning the Qualifier, Peshawar Zalmi qualified after back to back wins in Eliminators. Multan have been very dominant in the second leg and lost just one of their six games. In the earlier part, they were relying on Mohammad Rizwan to do the bulk of the scoring but now, players like Shan Masood, Sohaib Maqsood, Johnson Charles and Khushdil Shah have also joined the party. As a bowling unit, Shahnawaz Dhani has been magnificent while the likes of Sohail Tanvir, Imran Khan, Blessing Muzarambani and Imran Tahir have complimented him well. Overall, they look immaculately balanced team which will take some effort to get past.

Peshawar Zalmi stormed into the final after winning both the eliminators. Hazratullah Zazai bagged the Man of the Match award in both games. Peshawar will be hoping that he can play another such knock that will help Peshawar go a long way. Even if he fails, Peshawar have Kamran Akmal, Jonathan Wells, Shoiab Malik, Rovman Powell and Sherfane Rutherford, all match-winners on their day. Wahab Riaz has been sensational with the ball and is certain to cause Multan some trouble. Mohammad Irfan is also a powerhouse. Mohammad Imran, Umaid Asif, Amad Butt complete a very good team. Overall both teams are evenly matched and have played some outstanding cricket and deserve a place in the final. The PSL 6 is set up for a cracking finish.

The wicket has been good for batting. Definitely, it’s slow but the batsmen have played enough on this wicket and got used to its pace. We think it’s going to be a high scoring game. 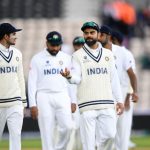 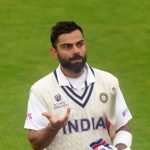