With just five more matches to go in the league stages, the PSL 6 is in a very interesting phase. Islamabad United have been the best team of the tournament with six wins in eight games and a win over Peshawar Zalmi will seal the semi-final berth for them. Colin Munro’s form has been a massive plus for Islamabad United. Also, Iftikhar Ahmed too showed his class with a magnificent 71 off 39 balls against Karachi and will be very confident going into the match. Apart from that, they have versatile all-rounders available that adds to the depth of their team. The return of Hasan Ali has boosted their bowling lineup that also includes Ali Khan, Shadab Khan, Mohammad Wasim jr. and Akif Javed.

Peshawar Zalmi is a team that can be devastating on their day. The likes of Hazratullah Zazai, Kamran Akmal, Shoaib Malik, Rovman Powell and Shane Rutherford are match-winners in their day. However, all of them have been inconsistent. In the bowling department, Wahab Riaz has been sensational for Peshawar Zalmi with 14 wickets in eight games. They also have Mohammad Irfan, Sameen Gul, Umaid Asif and Abrar Ahmed to bolster the attack. Overall, there is little to choose between the teams as both have plenty of quality up their ranks and the match promises to be a mouth-watering encounter.

The underlying nature of the wicket is slow thus it’s not ideal for strokeplay. However, once set, the batsmen should be able to break free. 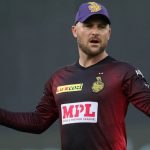 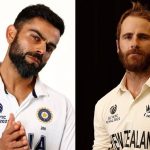