The sixth edition of the Pakistan Super League (PSL) has been marred with COVID positive cases over the last couple of days. It was first Fawad Ahmed of Islamabad United who was tested positive for the virus and the game between them and Quetta Gladiators was rescheduled to the next day.

Rather the Pakistan Cricket Board (PCB) conducted as many as 244 RT-PCR tests after the incident and three more members ended up with positive results. There were reports that the tournament will be postponed by a few days but the board didn’t deter and decided to go ahead with the rest of the days.

But in a press conference, it was revealed that two overseas players and a support staff members of one of the teams have been tested positive. And one of them is Quetta Gladiators’ Tom Banton who confirmed the same with his tweet on Wednesday (March 3).

He thanked his well-wishers, fans and friends for all the support during this tough time while also revealing that the PCB and his franchise is taking good care of him. In terms of health, the cricketer confirmed that he is absolutely fine and there is nothing to worry about.

“Thanks a lot for all the messages and well wishes. Unfortunately, I received a positive COVID-19 test yesterday and I am now isolating and following the PSL protocols. Fortunately I am feeling OK so far and I have been well looked after by the PCB and Quetta Gladiators. Thanks for the support, look after yourselves and stay safe,” Banton wrote in his tweet. 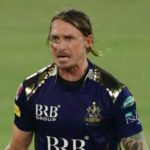