Prithvi Shaw was on fire against Puducherry and stroked a blistering 152 ball 227* to help Mumbai post a daunting total of 457 in their 50 overs. The magnificent inning has helped Shaw break Sanju Samson’s record of the highest individual score in Vijay Hazare Trophy. Samson, who previously owned the record smashed 212 against Goa in the 2019-20 season.

Puducherry captain, Damodaren Rohit won the toss and put Mumbai in to bat. However, the decision backfired as Prithvi Shaw and Yashasvi Jaiswal got Mumbai off to a flier, scoring 58 runs for the 1st wicket. Aditya Tare joined Shaw in the middle post the dismissal of Jaiswal and the duo took Mumbai’s total to 211 before Tare was dismissed for a well made 56. Prithvi Shaw looked in complete command of his game and reached his century in just 65 balls. Next to bat was Suryakumar Yadav who came out all guns blazing and tonked a 50 ball ton, laced with 22 fours and 4 sixes to take Mumbai past 400. Shaw too continued to maul the Puducherry bowlers and reached his maiden double hundred in the process.

Chasing 457 is not going to be easy for Puducherry who are 69-2 in 10 overs at the time of writing. Damodaren Rohit s batting on 44 off 33 deliveries and is joined by Paras Dogra in the middle. S Karthik and Sheldon Jackson were dismissed for 9 and 4 respectively. 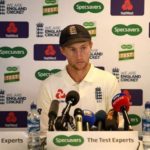 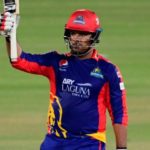