The Pink ball Test match that took place in Ahmedabad has grabbed the attention of the cricketing world. From former cricketers, to arm chair experts, to commentators, to even the players, each of them has had their say on whether the pitch was a ‘fair’ one or not. In all this hullabaloo, the 4th Test will get underway at Ahmedabad on 4th March 2021.

The Indian side would obviously have the upper hand heading into the game, after the mauling that they dished out to Joe Root and his men in the 3rd Test. Axar Patel and Ravichandran Ashwin had the England willow wielders in a ‘spin web’, as the visitors could aggregate just 193 runs in both their innings put together, and were thrashed by 10 wickets inside 2 days.

Such was the nature of the surface that even part-time spinner Joe Root scalped 5 wickets, giving away just 8 runs. As far as the visitors are concerned, they are likely to stick to the ‘rotation’ policy that has been a topic of debate. It looks likely that Dom Bess would return to the playing arena, and either James Anderson or Stuart Broad would be ‘rotated’.

For India, Jasprit Bumrah is sure to miss the Test match due to ‘personal’ reasons. If the Indian side manages to win or even draw the 4th Test at Ahmedabad, they would book their tickets to Lord’s for the final of the World Test Championship (WTC).

The match will take place at the iconic Narendra Modi Stadium in Ahmedabad.

The match will be telecast on the Star Sports Network and can also be streamed live on Hotstar. 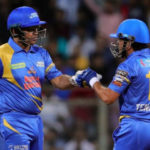