India and England are currently involved in the second Test of the four-match Test series at the MA Chidambaram stadium, also known as Chepauk. The hosts are dominating the proceedings completely from Day 1. After winning the toss, Rohit Sharma slammed 161 to propel India to 329 runs in the first innings.

Half-centuries from Ajinkya Rahane and Rishabh Pant also helped India’s cause. In response, England couldn’t handle the heat and were bundled out for just 131 runs with Ravi Ashwin picking up his 28th five-wicket haul in Tests.

Meanwhile, when team India bowlers had spun a web around England’s batsmen, the Prime Minister Narendra Modi shared an aerial view of the Chepauk and termed the ongoing game as an ‘interesting Test match.’ Modi is currently on a visit to Chennai where he is slated to open a series of infrastructure projects. “Caught a fleeting view of an interesting test match in Chennai,” Modi’s tweet read.

This isn’t the first time Narendra Modi has tweeted about cricket a number of times and the recent instance was India’s stunning victory in Australia. He had also praised the Indian team during his monthly ‘Mann ki Baat’ radio show in January terming the team’s win as inspiring.

“This month, we got good news from the cricket pitch. After initial hiccups, the Indian team bounced back gloriously and won the series in Australia. Our team’s hard work and teamwork was inspiring,” Modi had said.

Meanwhile, India continue to strengthen their grip on the second Test match as the lead has gone past 250. They are the favourites at the moment to seal the game and level the series. 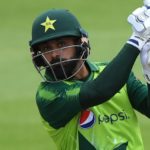 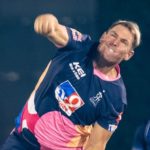