Pakistan Cricket team last made a trip to New Zealand where they had to face a lot of problems as a lot of players including support staff had tested positive for the coronavirus. Thus, taking their lessons from the New Zealand tour, the Pakistan Cricket Board (PCB) had decided to send a giant squad of as many as 30 players for the Pakistan tour of Zimbabwe and South Africa.

Pakistan team is scheduled to feature in three One Day Internationals followed by 4 T20 Internationals against South Africa in the Proteas country in April. This will be followed by the side touring Zimbabwe for a couple of Test matches and the three-match T20I series.

Also, the Pakistan board doesn’t want to compromise with the safety of cricketers and other members. Thus, the squad will travel on a chartered flight to both countries. PCB has already had a chat with Cricket South Africa (CSA) regarding how the players would be quarantined in a bio bubble as they want the extra players to quarantine with the main squad only.

“The PCB has held talks with the South African board over how the extra players would be managed in a biosecure bubble in South Africa as the board wants them to be with the team from the start for the Test series in Zimbabwe to avoid any hassles over Covid-19 protocols,” said the source according to Times of India.

Also before boarding the flight to South Africa on March 27, the Pakistan contingent will undergo multiple rounds of Covid-19 Tests in Lahore. “The players and support staff will all undergo isolation periods and continuous COVID-19 tests in Lahore before they take the chartered flight,” added the source. 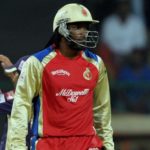 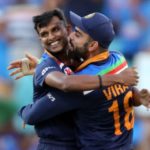