“We will have to sit down with the franchises and discuss this [PSL 7]. The Australian team is visiting after 22 years. If we miss this window, they won’t return for another three or four years as their Future Tours Programme is already decided,” said PCB CEO Wasim Khan in an exclusive interview with Cricket Pakistan, back in June.

“In January the weather in Karachi is decent and in early February we can shift the tournament to Punjab but we still need to do planning in this regard,” he added.

The sixth edition of the PSL was a rigid ride for PCB. The tournament started in March but had to be postponed after multiple COVID-19 cases in the bubble. The second leg was then played in UAE. Multan Sultans claimed their maiden title by defeating Peshawar Zalmi by 47 runs.

Pakistan Cricket Board is keen to stage the event in Pakistan this time around. However, the COVID-19 situation will have to significantly improve for the same to happen else PCB may struggle to convince their overseas players to come and play in Pakistan, especially after what transpired in the previous season. 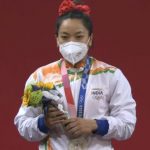 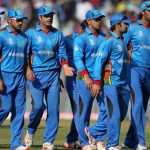